Over the past two decades and more, Chinese immersion education has grown from a few isolated pioneer institutions to a vibrant national movement that includes almost 300 schools. The field has matured considerably and the richness of resources available and best practices to share make the work easier and more rewarding than ever before. In short, it’s an incredible time to be a Chinese immersion school in the United States.

In the background, of course, is a shifting and sometimes tense US-China relationship, and the very real threats to the free flow of talent between the two countries being imposed by both governments at the moment. In a recent symposium at the Silicon Valley offices of Tencent — the Chinese tech giant that makes the WeChat app — former Australian Prime Minister, seasoned scholar of Chinese foreign policy, and Director of the Asia Society Policy Institute (ASPI)  Kevin Rudd argued that the war on talent is the single most concerning aspect of rising tensions between the two countries and the one putting us most assuredly on the path toward a possible new cold war. With all this in mind, it’s important to think intentionally and strategically about how to become a next generation leader in Chinese immersion education.

I grew up in a time when “Japan (w)as “Number One,” to echo the title of a popular 1979 book by Harvard scholar Ezra Vogel, and when the sense of competition in the US-Japan relationship fueled both a kind of xenophobia and a growing embrace of Japanese language and culture. In more recent years, Vogel turned his attention to a massive biography of Deng Xiaoping, reflecting the shift in interest among Americans from Japan to China over the last two decades and more. It’s important to recognize the cultural and international contexts in which your program sits.

Right now, we live in a world where it is fair to say that China is “number one,” and so it’s relatively easy to have a Chinese program. But what happens after a collapse of the Chinese economy or a protracted US-China cold war? In thinking about the sustainability of your program, it’s important to consider the essential elements beyond just the teaching and learning of Chinese. What are you doing to make your program healthy, vibrant, and engaging? In short, if Chinese is no longer the “flavor of the month,” what about your program will still make people want to come to your school? We saw the rapid decline of Japanese language programs starting in the mid- to late 1990s, and it’s fair to say that most of the ones that remain do so on the basis of their own merits — rather than on some perceived political or economic advantage to be gained by learning the language. The first question a Chinese immersion program should be asking itself is, “what’s special about our program beyond Chinese?”

This question is at the heart of building a vibrant program, but it doesn’t negate the inherent value of Chinese language learning — if anything, it enhances it! And creating a next generation of young people in the United States ready to engage China constructively and on its own terms is incredibly important. This critical work of cultural diplomacy should be something we take very seriously, and we should work in a focused and proactive way to build and strengthen our capacities. When trade wars and cultural conflicts predominate, educational exchange and mutual understanding become more important than ever — so it’s vital for schools to really grasp and wholeheartedly embrace their roles as cultural diplomats in this broader, more complex relationship.

And the best people to assume those roles are already in your program! One of the most critical components of a stable, long-term program is Chinese teacher leadership, and providing opportunities for all teachers to grow themselves professionally, as both educators in the classroom and leaders beyond. Nurturing internal talent and paying attention to teacher motivation are critical components for any successful program. If your professional development budget is modest, try to create opportunities for leadership and sharing within the school — have teachers take turns leading faculty meetings, training each other, or participating in reading or affinity groups.

Once you have great teachers and are building their capacity for leadership, make sure your program achieves a balance between student engagement and academic rigor. For too long, these two essential ingredients of a successful program have been looked at as incompatible. And sadly, as many programs moved to increase the engagement, they somehow abandoned the rigor. It is not only possible to have both, but absolutely essential. It would be no exaggeration to say that the primary driver of long-term student success is motivation and engagement. Striking the right balance for your program is one of the most important things you can do.

One of the ways to think about that balance is by making learning authentic — engage your students with real people, real texts, and real tasks as much as possible. Building connections to people in the Chinese speaking world and designing projects and experiences for students that feel useful, authentic, and impactful is critical. Rather than just having students complete assignments, have them design projects, much like they would in a real-world professional setting. The more they feel like active agents in the process, the more they will engage, and the more they will thrive.

Finally, embrace — don’t shy away from — ambiguity and complexity. Many issues within Chinese politics, society, and culture are fraught — Taiwan, Tibet, and Tiananmen, for example. While these discussions can be difficult, it’s important for students to understand them and the contexts around them. It’s essential not to teach students what positions they should take — but to teach them that these issues are out there and to help them understand the different positions people take, and the social and cultural consequences for taking them.

Thanks for joining me on this all but too brief tour of next generation Chinese immersion education. There’s obviously a whole lot more to say, but for now, here are eight best practices every immersion school should lean into:

About the author: Chris Livaccari is the Head of School at Presidio Knolls School (PKS) in San Francisco, and a language educator, author, and former US diplomat who held posts in Tokyo and Shanghai. Since 2013, he has been the Senior Adviser for China Learning Initiatives in Asia Society’s Center for Global Education. Chris is the author of New Ways of Seeing: How Multilingualism Opens Our Eyes and Trains Our Minds for a Complex World (Asia Society, 2017), and co-author of Structures of Mandarin Chinese for Speakers of English I & II (Peking University Press, 2012-2013), Chinese Language Learning in the Early Grades (Asia Society, 2012), and the Chinese for Tomorrow series (Cheng & Tsui, 2007- 2009). 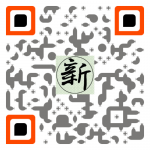